Schools for Catholic children were few during years of penal law in Ireland. The Penal Laws forbade Catholics to teach or have their own schools; nor could they go to university. Even after 1782, when the laws against education were repealed there was little change, as the people were too poor to build proper houses or schools.

In the towns, private individuals and religious sisters and brothers started free schools for the poor. In spite of their efforts, no more than one child out of most families attended school during the penal times.

In the 1840s St. John’s Church was built on its present site, on the main road between Roscommon and Athlone. 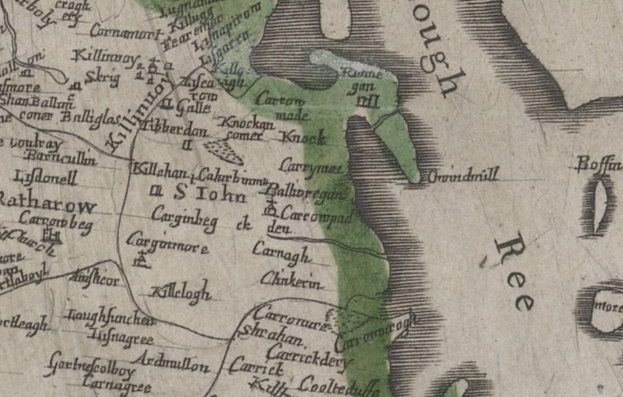 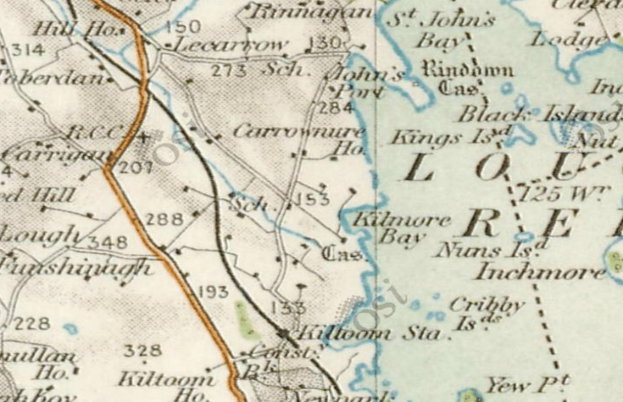 This extract from the survey map (circa 1650) shows the church on the site. Ref: ​​www.downsurvey.tcd.ie/down-survey-maps.php

The old church which stood on our present grounds became a school. Records in the national archives describe the old church as a thatched and white washed building with a smaller number of benches.

The ordinance survey map (late 1800s) below shows a school on the site. Ref: www.osi.ie

The school photographed here was built on the site in 1910 and demolished in 1961. Mr. James Kelly is said to have become the first principal in this building ​which was built in front of the existing school. He was a “hedge-school ​master” and he taught his pupils reading, writing for a few pence and a night’s lodgings. He taught his pupils in the open-air in a field now owned by Mr. John Martin, Glanduff House. It is situated near the railway line and there is a ring fort beside it. It can be seen on the left hand side, as you travel out to the main Roscommon Athlone road from the school. 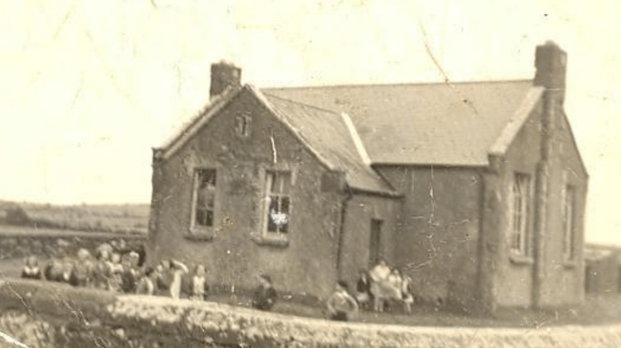 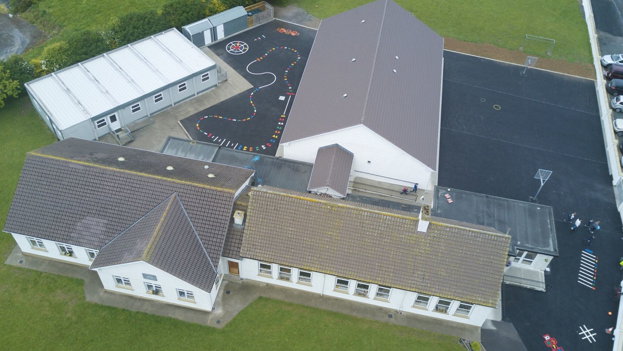 The current school was built in 1961. James Kelly’s daughter Margaret was school principal in the years after James retired. Margaret Kelly married Eoin O’Connor, whose son Tossie married Agatha Feeley, both of whom taught in Glanduff N.S. for many years. Agatha was principal teacher for some years after her husband Tossie died. Agatha’s brother, Hugh Feeley then became principal. He retired in 1972.

The school entered an exciting new phase in February 2017 with the opening of our new school extension. Today there are 140 pupils in our school. Our school staff consists of 5 mainstream teachers, 3 special education teachers, 3 special needs assistants and a secretary.